Hit record while screwing around with psy mixes last night. The results came out pretty well, I thought. Consider it a teaser for what I have in store for Winter Warmer next month. 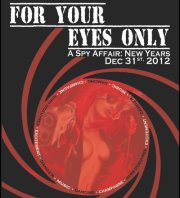 Now that the archives of posts from the old site are copied over for historical purposes, it’s time to start anew.

First off, if you didn’t already land here due to a social media link, then let me point out the Facebook and Twitter accounts that will contain, among other things, links to all site updates moving forward. There’s links to both of them in the upper right here (unless you’re reading this well after the post date and I’ve since gone OCD and redid the layout):

Next up, all of the pictures and audio pages on here are current up to today. I do have a couple of new audio mixes in the works specifically highlighting my psytrance sets that should be up soon and will have subsequent posts noting their availability for public consumption, which will then post to the aforementioned social networks and you get updated the same way you get all of your lulcat, political, and meme fixes on Twitter and Facebook.

Neat? I thought so.

My public set lists are maintained externally. Serato.com has a very nice interface that I pour my set lists into directly from my performance software, and see no reason to re-invent the wheel. You’ll find a link to my profile on there to your left (previous clause about OCD layout changes still applies), or here.

Saturday, November 17th marks the final REVERB event of 2012. As a special treat, we’re bringing back one of the most popular formats from Inferno Nightclub’s 2011 calender: Chronotrigger! For the folks that are unfamiliar, the way it works is each hour represents a different block of time. As the evening progresses, the time blocks chronologically advance until we reach current material by the end of the night. For this special event, we’ll be covering 1993 up to 2012 with five of Inferno’s long-standing Saturday DJs. You can check out the full schedule for the event, address, and RSVP info if you feel inclined on the night’s Facebook event found here.

I have a couple more shows coming up before the end of the year as well as early 2013, and you’ll see them on here as final confirmations happen and the line-ups become public. Stay tuned!